Will there be an Elite season 4 on Netflix? Here’s everything you need to know.

Elite season 3 may have only just come out but fans are already begging Netflix to release season 4 of the teen thriller.

As soon as the hit Spanish series came out in 2018, people all around the world were instantly gripped by the murder of Marina and the drama that followed it. Since then, the show has given us many more scandals and season 3 appears to draw things neatly to a close as we find out who killed Polo.

Season 4 has now officially been renewed however, a number of cast members will not be returning. Ester Expósito (Carla), Danna Paola (Lu), Álvaro Rico (Polo), Mina El Hammani (Nadia) and Jorge López (Valerio) have all left the show.

With that in mind, here’s everything you need to know about Elite season 4, including the release date, cast, trailer, spoilers and news about what’s to come after season 3.

When does Elite season 4 come out on Netflix?

Will there be an Elite season 4?

Yes. In May 2020, Netflix took to Twitter to officially confirm that season 4 is coming with a video with the cast that are still in the show. Not only that but in January 2020, popular Spanish news site Bluper reported that seasons 4 and 5 are already in production at Netflix. In other words, it looks like we’ve got plenty more Elite to look forward to in the future. 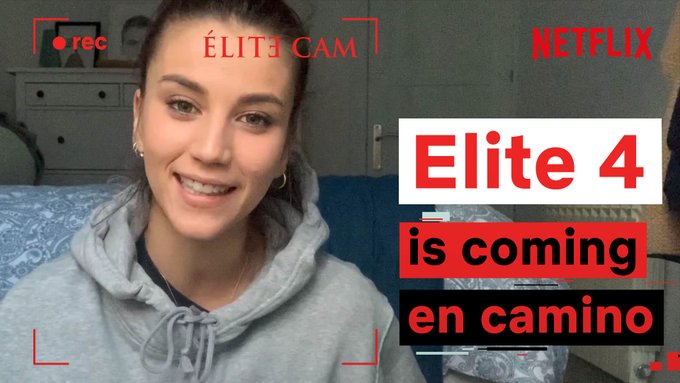 When is the Elite season 4 release date?

There’s no official news regarding an Elite season 4 release date just yet. Season 1 was released on October 5th in 2018, season 2 came out on September 6th in 2019 and season 3 dropped on March 13th in 2020. Given how varied all of the release dates have been so far, there’s no knowing for sure when season 4 will come out.

Seeing as it is already in production, season 4 could be released in Autumn this year or Spring next year with eight episodes again just like the previous seasons and the fifth season could follow soon after.

That being said, due to the Coronavirus outbreak halting production on many series, there is a chance that filming on Elite season 4 could be delayed severely. It’s unclear exactly when season 4 will begin filming.

Who will be in the Elite season 4 cast?

Prior to Elite season 3 coming out, the original actors and actresses revealed that season 4 will feature a brand new cast. In a video about season 3, Georgina Amorós (Cayetana) explained: «It’s a season where the cycle is completed. Another one starts». Alvaró Rico (Polo) also confirmed: «It’s the definitive ending to the evolution of the characters.»

The news came after Fuera de Series reported that Elite season 3 would be the final season with the main cast and season 4 will have a whole new cast similar to British teen drama Skins. As it stands, there is no information on who will appear in the new class of Elite. However, it appears that half of the original cast will still be part of the show.

On May 19, Netflix tweeted: «Go behind the scenes of Elite Season 3 as Ester, Danna, Alvaro, Mina, and Jorge say goodbye» alongside an edit of Ester Expósito (Carla), Danna Paola (Lu), Álvaro Rico (Polo), Mina El Hammani (Nadia) and Jorge López (Valerio) all tearing up as they spend their final days on set. No, I’m not crying you are.

Thankfully, Itzan Escamilla (Samu), Miguel Bernardeau (Guzmán), Arón Piper (Ander), Omar Shana (Omar), Claudia Salas (Rebeca), Georgina Amorós (Cayetana) are all set to return in Elite season 4 though. They all appeared in the video confirming that the series has been renewed.

It’s currently unclear if season 3 newcomers Sergio Momo (Yeray) and Malick (Leïti Sène) will be back too. 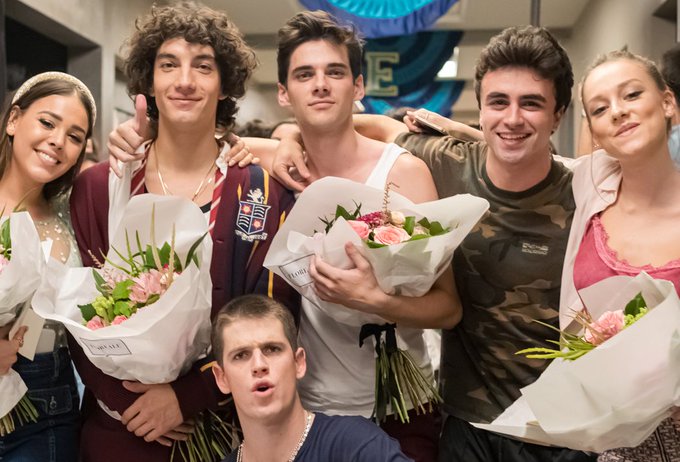 What will happen in Elite season 4?

Seeing as Elite season 4 will star a predominantly new cast there’s no knowing what the plot will be just yet. Given that season 3 ends with Guzmán, Samuel, Rebeca, Ander and Omar all still at Las Encinas, we imagine that season 4 will explore what happens to them when they cross paths with a whole new set of students.

It’s currently unclear if any of the former cast will appear for cameos or if they’ve left the show for good.

We’ll let you know as soon as theories, spoilers and news materialise.

Is there an Elite season 4 trailer yet?

Currently, there is no trailer for the fourth season of Elite but we shall update you as soon as there is.

What We Do In The Shadows: How Guillermo’s Choice Sets Up Season 3